It’s the second week in January.  We had a record subzero cold snap a few days ago 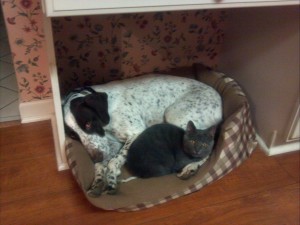 Another scent game we play involves scattering a bunch of cardboard boxes (shoe boxes are perfect for this) and hiding a treat in one of them.  Chase has to sit and stay while I set it all up.  It’s such a simple game but he never tires of it.  A “search and rescue” variation would be to set up the boxes in another room, then bring him in on a leash.  When he takes me to the box with the food, he has to sit to indicate he has found it.  I take out the treat and give it to him as a reward.  An advanced variation (which I haven’t tried yet) would be to teach Chase to search for a cotton ball lightly scented with lavender essential oil.  The reward for finding the scent does not have to be a treat.  It could be a fun game of fetch or tug.  For more information on scent games as a sport (aka K9Nosework), visit http://www.k9nosework.com/ .  My friend and colleague Betsy Howell of Redfern Canines offers a nosework class at her facility in Harrisburg http://www.redferncanines.com/schedule.html .

I like to think of new and useful tricks when I am stuck at home.  This time I decided to teach Go Away, for when Chase is being a pest.  Every time I bend over to tie my shoes, he is putting his nose prints on my glasses.  So I taught him to go lie on a mat in the mudroom doorway while I am putting on my shoes.  Whenever you try to get rid of a nuisance behavior, think about what you want the dog to be doing instead and make that more rewarding.

I had already taught Chase to lie on a mat in the kitchen while I’m cooking, so he knows there is something special about floor mats.  I started by standing a foot away from the mat.  Every time he went to it, I clicked and tossed a treat off to the side so he would have to move off the mat to eat it.  This set him up for the next repetition of going to the mat (a lazy way to exercise a dog without moving yourself).  I gradually stood farther away from the mat; working up to a distance of 5 feet (my mudroom is small).  I remained silent except for the clicker up to this point because there is no sense in saying a cue that he doesn’t understand.  When Chase was eagerly going to the mat over and over, I said “Go Away” as he was heading for the mat.  This paired the words with the actual action I wanted.

Next, I repeated the training sequence while in a squatting position.  He initially didn’t know what to do because it was a different picture to him.  It showed me that he was relying on visual context rather than my words. Another way I could have checked his understanding of the verbal cue was to say something totally different like “green chair” to see if he would run to the mat just because I said something.  Trainers call this part of training “getting the behavior under stimulus control” but I didn’t really care about that.

After a few days of practice, I started again near the mat with my butt up in the air as though I was tying my laces (NOT a pretty sight, but it had to be done because this position always triggered a wet nose in my face).  Chase caught on pretty quickly.  He now follows me into the mudroom and puts on the brakes when I get my shoes.   I say “Go Away” and he runs to the mat and plops down, staying there while I tie my laces.  When I am done I toss a treat to him and say “All Done” which means the game is over and he can do as he pleases.

Now he wants to play this game every time I walk into the mudroom.  That’s okay; there are worse things than having a dog who loves running to his mat.  I plan on using this trick for other situations where Chase can be a pest.  If you teach this trick, I’d love to hear how you have used it.

One Reply to “BAD WEATHER BLUES” 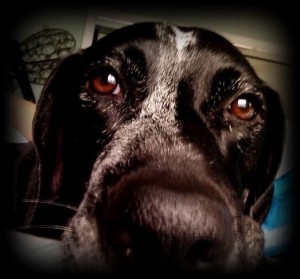 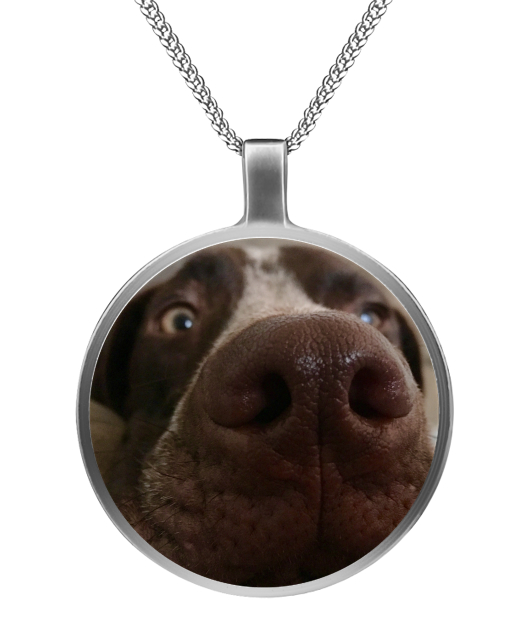 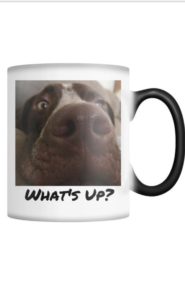 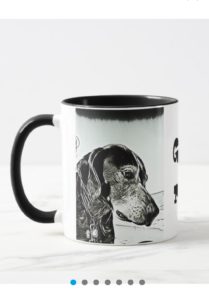