My Caterpillar Has Been Injured!

MY CATERPILLAR HAS BEEN INJURED

I don’t know how it happened, honest.  My caterpillar has been injured.  I just got him for Christmas.  I really liked him.  He was the perfect size.  He was not too big or too small. 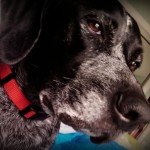 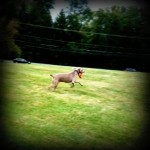 Bombay running away with my toy.

my cat brother.  He was always available to play.  He didn’t take away my toys like my dog-friend, Bombay.

Mommy walked in from work yesterday and let out a big “Oh no!”  It was then, that I knew something was wrong with Caterpillar.  Mommy looked up at me and said, “Caterpillar is going to have to go to the hospital”.  She bent down and cleaned up, what I thought was throw up.  You know, when you spin and spin and spin until you can’t walk straight.  Sometimes, you can’t help throwing up.  I was spinning and spinning Caterpillar around and around and around.  White fluff was flying out of him all over the living room.  But he 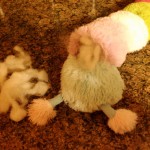 continued to squeak happily so I continued to spin.  How was I supposed to know caterpillars are not supposed to throw up?  I guess it must have been pretty serious because he has not come back yet.   A couple of my other fluffy friends have thrown up here and there.  Usually, they don’t have to go away to the hospital.  Mommy will sit on the kitchen chair and hold them on her lap as she makes them feel better with a string.  I sit a couple of feet from her and stare trying real hard to be patient.  Sometimes it takes a little longer or maybe I lack patience.  I walk over to nudge them with my nose to see if I could help make them feel better.  Mommy will say “No, they are not ready.  This happens when you play rough.  Now you need to be patient until they are all better.”  So I take a few steps back letting out a grunt to show my displeasure, sit back down, and wait until mommy says “Ready!”  I carefully approach my furry friend, placing my nose on him asking if they are all better.  Then we both run off to the living room prancing, laughing, squeaking, and playing once again.  I hope Caterpillar get better too!

1 Response to My Caterpillar Has Been Injured!