Pointer And The Toilet Paper

My mum is the best. Today she left us these great toys to play with. They were white soft balls. The balls were shaped funny, they weren’t completely round but fun nonetheless. She bought 12 of them so that Simba and I didn’t fight over them. She was in such a rush put the door this morning that she left them on the counter and forgot to give them to us. It’s a good thing that I’ve grown and can reach everything on the counters. We had so much fun. These balls blew out snow stuff all over when I pounced on them and threw them around. 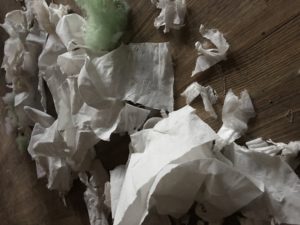 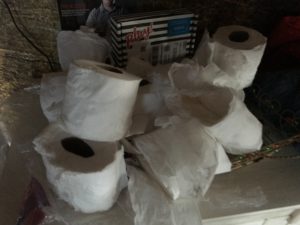 Oops! I was wrong, again!  Mum’s squeaky voice and fiery eyes told me so!

I was born and raised in California, lived in Pennsylvania for several years, and have recently moved to Delaware. I have gone from being a teacher for 20 years to a blogger and now back to teaching but still blogging. I have a great dog named Simba. Simba is a German Shorthaired Pointer. Life with Simba is an adventure every day. I have had dogs my entire life but I have learned most about dogs living with Simba. German Shorthaired Pointers really do become your best friend. They become extremely attached and that is why they say they have the Velcro phenomenon. Simba now has a sister 8 years younger and her name is Gypsy.
View all posts by Simba's Mom →
This entry was posted in Living with a German Shorthaired Pointer and tagged bored puppy, german shorthair pointer, puppy, Puppy behavior, puppy destruction. Bookmark the permalink.
Translate »