I MOVED TO A DIFFERENT HOUSE

I LIVE IN A DIFFERENT HOUSE 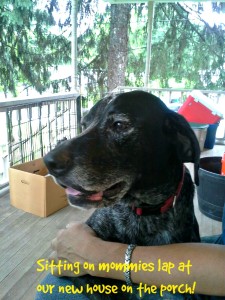 Mommy has been telling me that we were going to move to a different house.  I really didn’t know what she was talking about.  All I knew that mommy had not been around for months.  She would rush home from work and  run in to let me out.  We would play ball for a few minutes and then she would sit on the deck with me as she had a quick cup of coffee explaining that she was fixing up a house that had a big yard I would love.  I could see that she was sad to leave me alone so much.  But more than that, I could see, how tired and sore she would be when she would get home late at night.  She  would be too tired to eat or 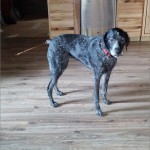 change at times but never ever too tired to give me a goodnight hug and tummy rub.  I could sense that me laying my head on her back or shoulder made her feel better because she knew that I still loved her no matter what.

After 6 months of mommy working on this house and 3 months of her working on Titi’s house prior to that (9 months total) we moved to this different house.  I was nervous and a little scared.  There was a lot going on all at the same time.  Mom stayed up the whole night putting all of our stuff in boxes and building real tall towers in the living room and dining room with them.  I stayed up with her and followed her around with tennis ball I found.  I would drop it right in front of her or in the box she was working in until it would make her laugh and she would throw the ball for me, she’s a great mom. 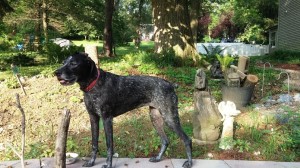 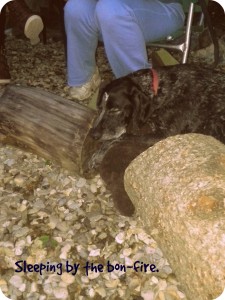 that I hate but love to bark at.  Why would she bring that monster home?  I think since there was so much going on, I must have been in shock or going through major anxiety and forgot to bark all day.  We had people in and out of the house all day taking stuff in and out.  Cars coming and going.  I even got to ride in the monster truck with mommy and I was just fine, it didn’t eat me or anything.  I was nervous in the new house and thought we were there temporarily.  I was waiting to go back home.  I kept pacing and didn’t sleep much the first night because of all the strange noises.  By the end of the second day, I was exhausted.  I finally crawled up on my familiar couch and slept like a baby.  I was happy to see mommy go up to bed early that night.  I cuddled with her and finally started feeling a little more at home.  That night I slept like a baby.

I was born and raised in California, lived in Pennsylvania for several years, and have recently moved to Delaware. I have gone from being a teacher for 20 years to a blogger and now back to teaching but still blogging. I have a great dog named Simba. Simba is a German Shorthaired Pointer. Life with Simba is an adventure every day. I have had dogs my entire life but I have learned most about dogs living with Simba. German Shorthaired Pointers really do become your best friend. They become extremely attached and that is why they say they have the Velcro phenomenon. Simba now has a sister 8 years younger and her name is Gypsy.
View all posts by Simba's Mom →
This entry was posted in German Shorthair Pointers, Simba's Adventures. Bookmark the permalink.
Translate »